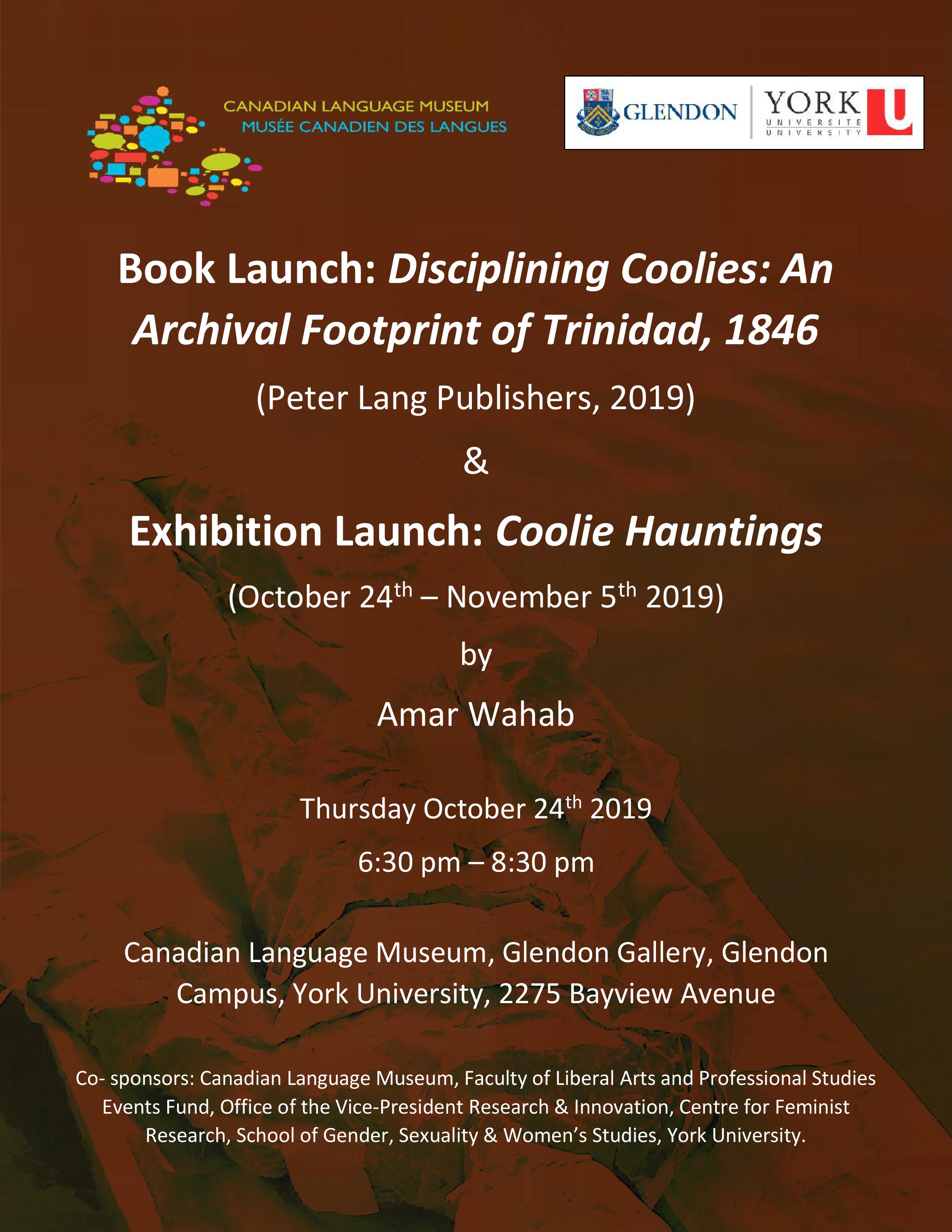 Summary:
Despite an abundance of research on enslaved labour systems, there is an alarming paucity of research on indentured labour systems in the colonial Caribbean. The exhibition Coolie Hauntings aims to address this resonating silence. It presents images and installations featured in the recently published monograph Disciplining Coolies: An Archival Footprint of Trinidad 1846, (2019, Peter Lang Publishers). The work critically investigates the violence of the British indentureship scheme - an experiment with contracted and trafficked Indian migrant labour in the immediate aftermath of the abolition of slavery - in the nineteenth-century colonial Caribbean. It critically and creatively engages with the transcripts of a British inquiry (in 1846; the very first year of the labour scheme) into the torture, misery and death of Indian indentured labourers or ‘coolies’ as they were referred to in official colonial discourse. The exhibition reflects on the question: how do we creatively re-imagine the productive presences and voices of ghosts in the coolie archive? It offers a creative ‘archival ethnography’ to think about questions around coolie transience (as ‘bonded migrant’) and the in/visibility of absented presences in the official record by offering a visual language of the dead. The exhibit appears the embodied ‘coolie’ as a ghostly figure who hovers over and under history from a certain disruptive positionality and therefore performs a strategic fetishism of (post)colonial power relations. In doing so, it contemplates the ‘ghostworld’ of indentureship as a counter-archive of labour migration that haunts official knowledge through a language of haunting.